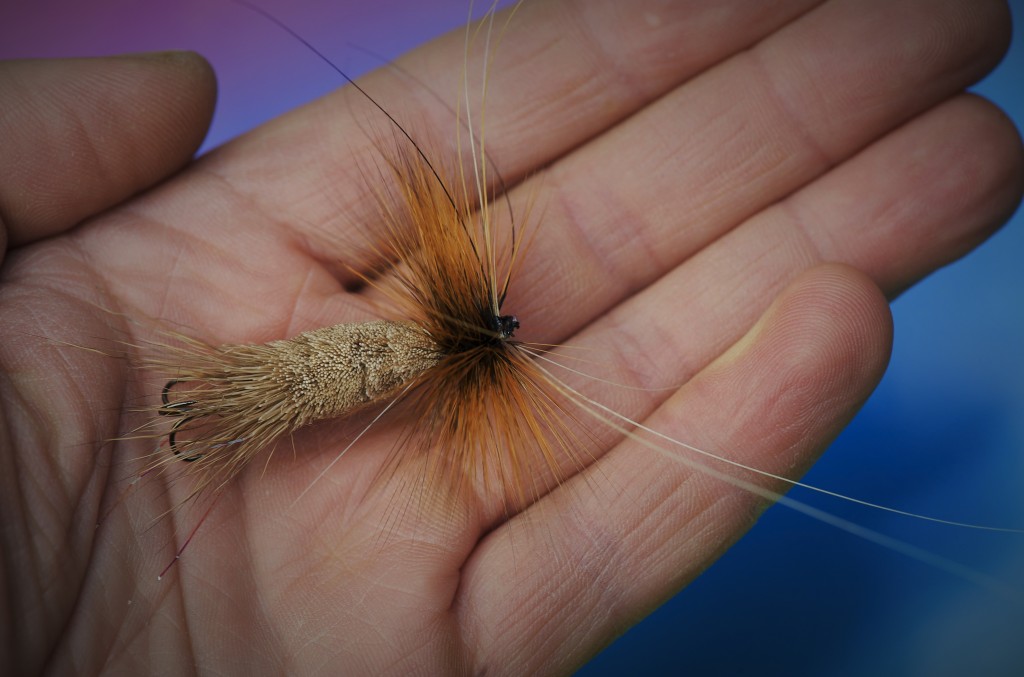 Monster Tube Caddis ™ with it´s vibrant appearance has a strong effect on Atlantic salmon across the Northern Hemisphere. Especially large multi sea winter salmon seem to be attracted to this fly in both big and smaller versions. We have had many anglers test-fishing this fly in various shades of brown – and have found that it is the light brown version that work best – We use Coch-Y-Bonddu feathers in light brown or ginger.

It is not necessary to match the hatch in all aspects. This Monster Tube Caddis ™ is more a caricature than an imitation of the limnephilidae caddisfly that it is meant to portrait Go to shop

How to tie it

See how to tie the Monster Tube Caddis

Read about the Monster Tube Caddis in Norwegian 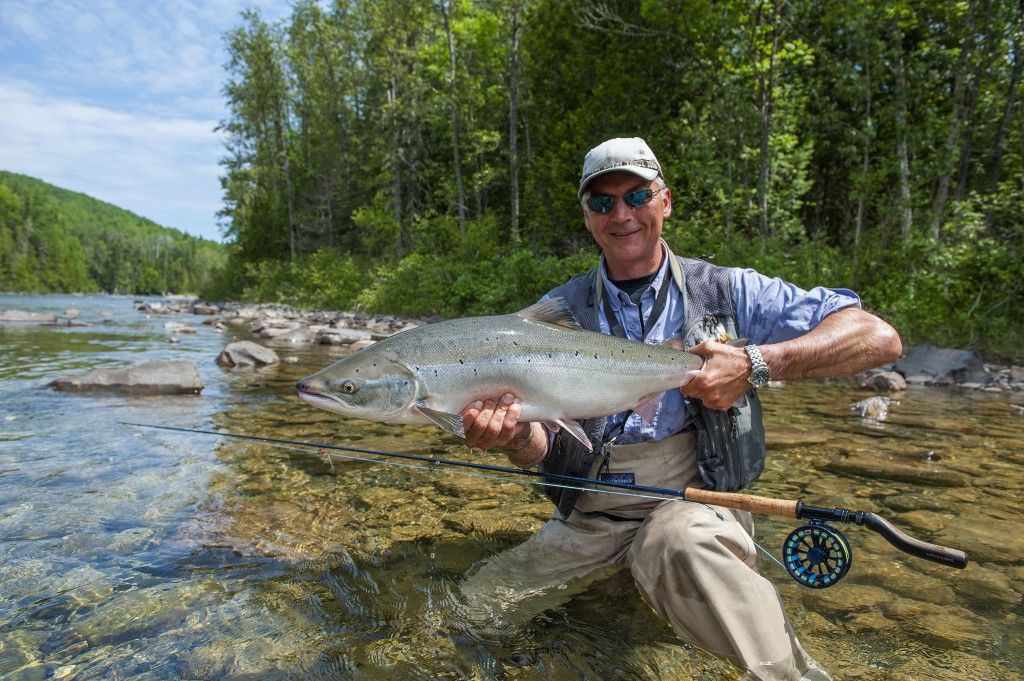 The hatch of the very first Monster Tube Caddis 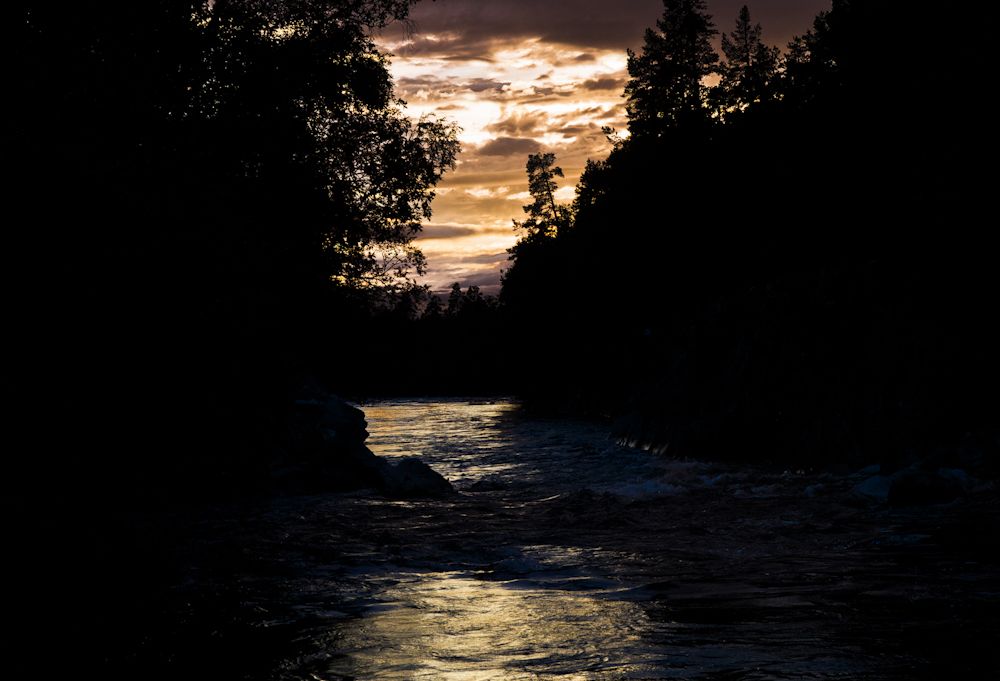 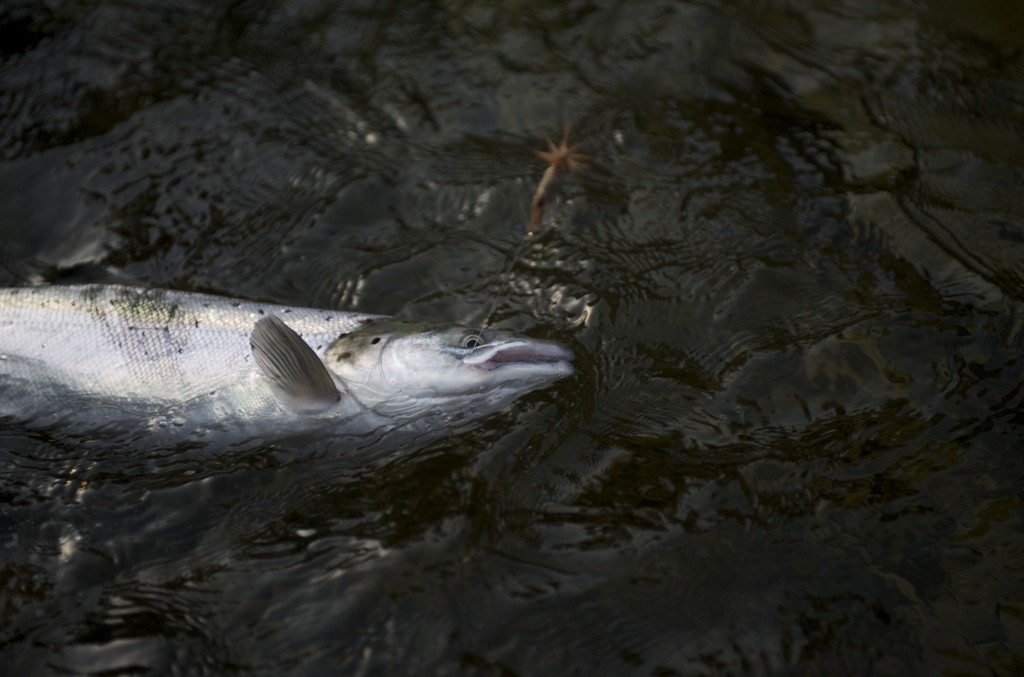 A special pool I fish seems to be a regular caddisfly incubator, with deep slow water at the head of the pool – Rocks protruding here and there. When time is right 1000’s of caddisfly insects will rise from the river and climb to safety on the boulders – like that shipwrecked person climbing onto the classic islands with only sand and that solitary palm-tree.

It was with anticipation and to the beat of my heart I made my way down the narrow trail that led to the pool – The evening had been the start of the hatch of 1000´s of caddisfly insects and the early light of the morning had revealed a shoal of salmon that had moved into the pool during night. During the day I had tied a crude looking version of a caddisfly imitation, and was now ready for the salmon that had settled in the pool. I was surprised to see that some of the fish had moved down to the tail of the pool. Normally I would only see salmon falling back at night-time  – But these fish where acting just like brown trout on a summer’s day – feeding away on drifting caddisflies. I soon hooked up with salmon on the dead-drifting caddisfly imitation that I named the Monster Tube Caddis 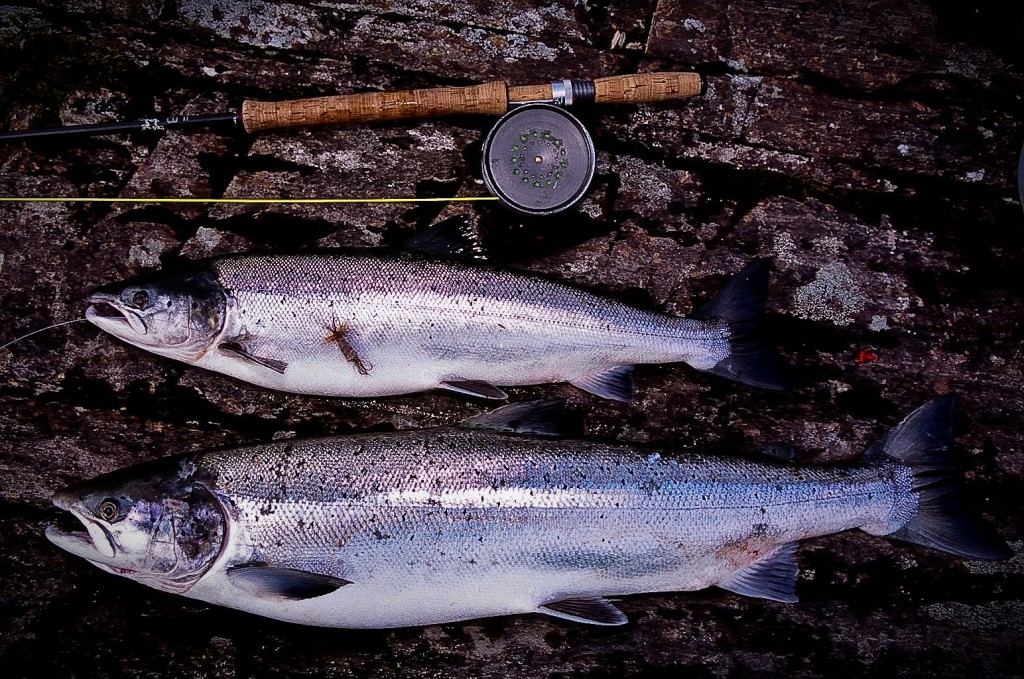 Two bright summer salmon caught on Monster Tube Caddis ™ during  a big hatch of caddisfly – The river was literally crawling with insects and the local trout and salmon parr was eating away at the insects at a frantic speed… Salmon in the pool was acting like trout participating in the feast –  Both fish was hooked first time seeing the fly.. 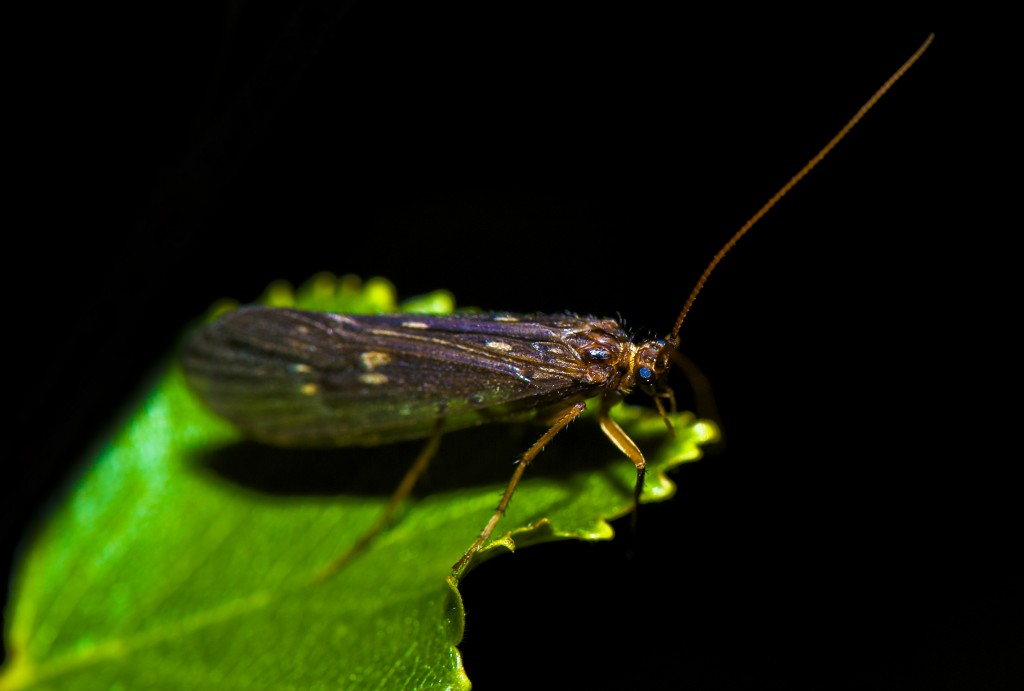 The caddisfly – an overlooked insect in the world of salmon fishing

During summer many different hatching insects will make their way up from the river bed some more distinctive than others but all of significant interest to the salmon parr and its trout cousin. These freshwater insects with their many appearances serve as their main diet throughout the life as parr and the impact that they have on the growing salmon and trout is definitely a cornerstone in our fly fishing – But the caddisfly is rarely directly portrayed in flies for salmon. Both the larva and the adult insect is present at the river from spring to late autumn and especially on days with many insects on the water the salmon and trout parr will focus on the hunt for the caddisfly.

the real McCoy ! A two cm. (3/4 inch) big (not including the antennas) specimen from the limnephilidae family curing its wings. When fresh out of the river this caddisfly has a ginger colour – after curing it becomes darker brown.

More about the Caddisfly insect 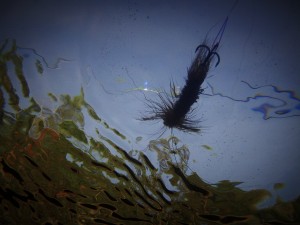 Monster Tube Caddis: Designed to be fished at dead drift

We fish the Monster Tube Caddis at absolute Dead-drift…but we have also received reports from various anglers in Canada and Norway who have had success with a stop and-go retrieve. The tail of the Monster Tube Caddis has strands of Mylar build in – We originally put the strands there to be able to keep track of the fly out on the dark water. Anglers fishing for landlocked salmon in Newfoundland has told us, how they caught more fish on the fly while the mylar was present – and then fewer fish when the strands of mylar eventually was pulled of by fish

A fly pattern might be perfect for one kind of river, or it may be useful in one region and less so in another. After our initial success with the Monster Tube Caddis in the mid 90’s we made contact with some guides and anglers in Newfoundland. Some where sceptical towards the big insect imitation – but others immediately had success and called us to get new flies. Today the Monster Tube Caddis is widely used on rivers on Newfoundland and mainland Canada

Read what a Newfoundland guide wrote us 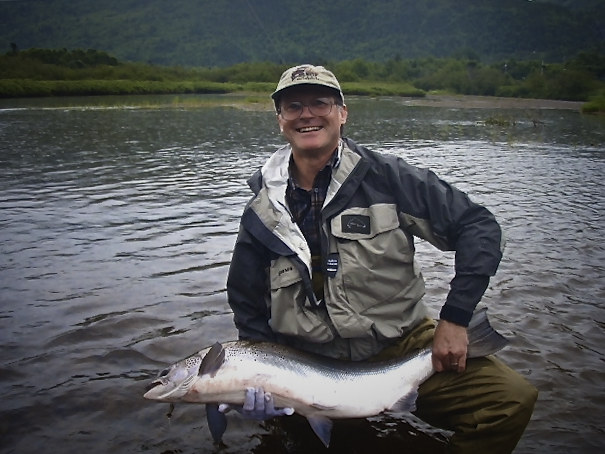 Big salmon: 40 by 21 inches from the Lower Humber caught on Monster Tube Caddis ™. Picture; With curtsy of Mr. Mark Butcher 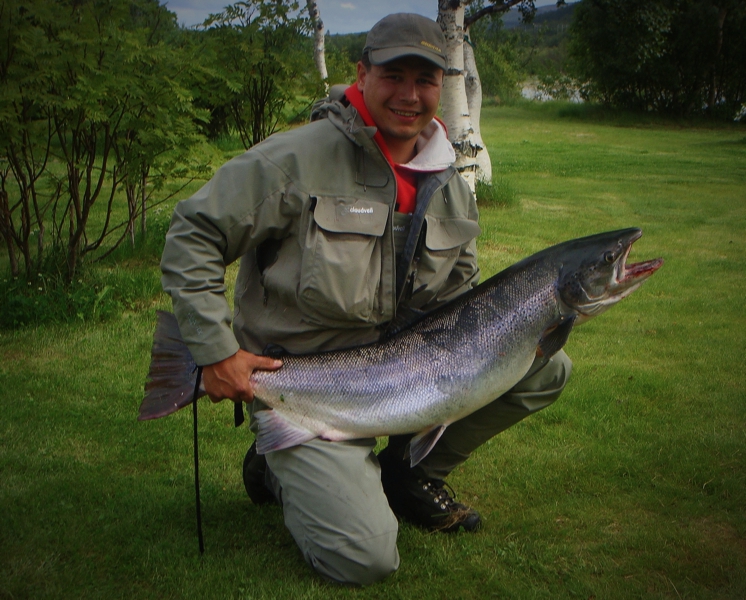 Winner of the 2010 Fishmadman competition Mr. Joakim Haugen from the North of Norway with a giant 17 kg. + salmon (37,7 lb) caught on the Monster Tube Caddis ™ Read the story

Dry fly on the Gaspe River 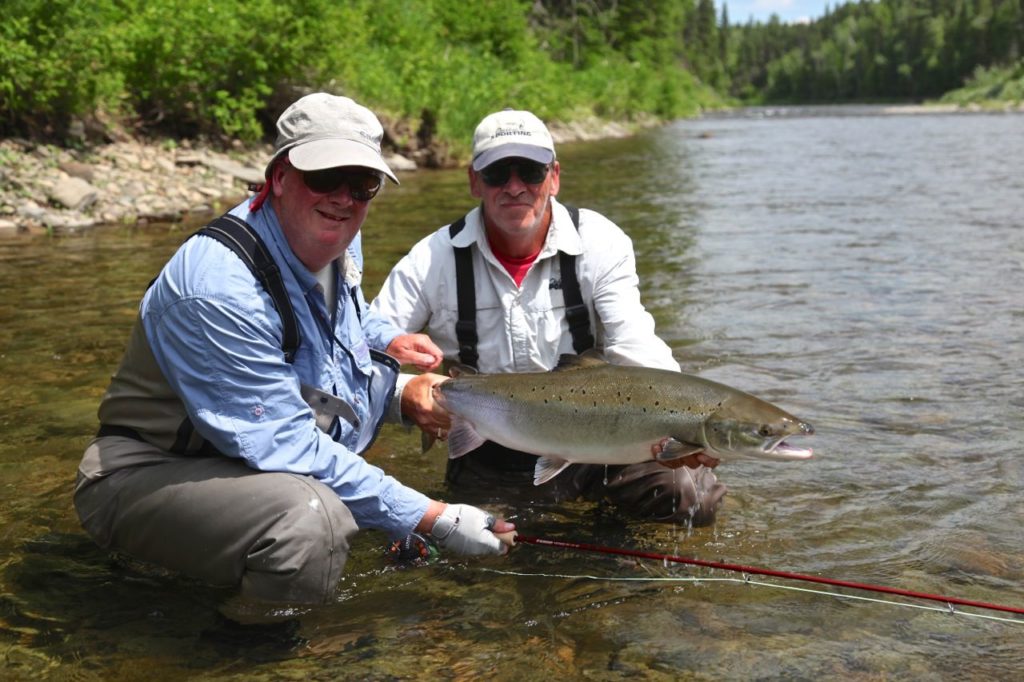 Yet another from the Gaspe River 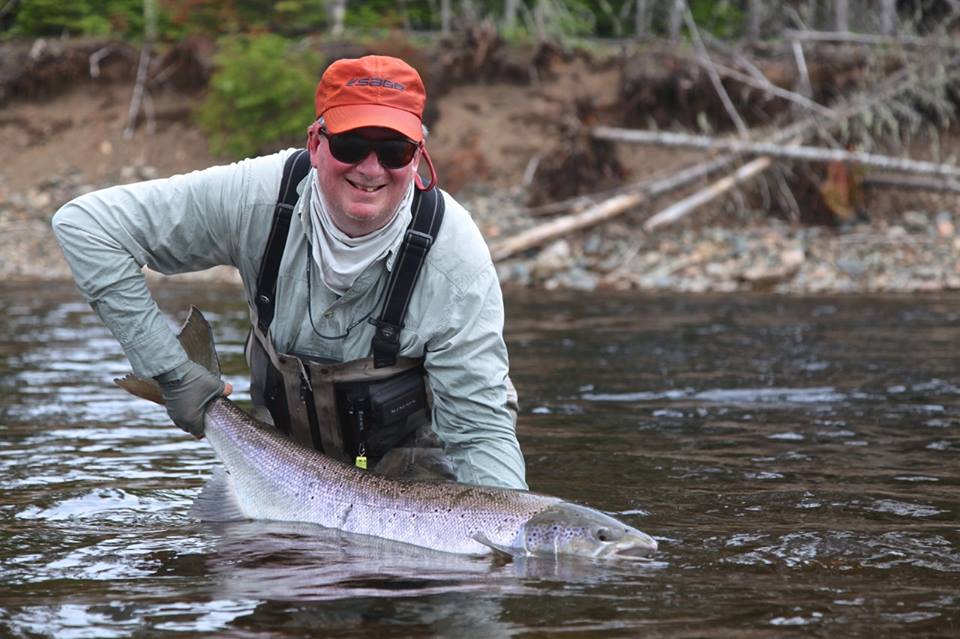 A much different Monster Tube Caddis made for steelhead 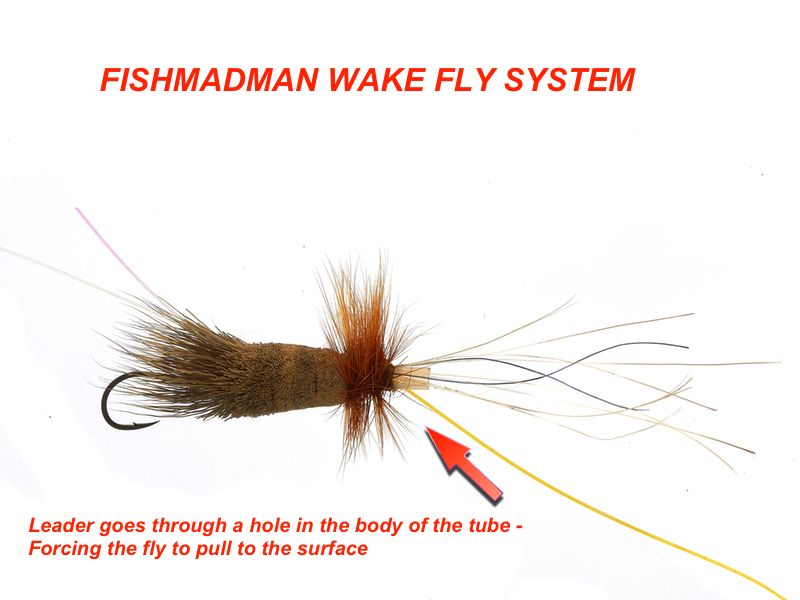 The WAKE version of our Monster Tube Caddis – A design we have perfected over the last years – Designed for steelhead fishing – but also proved to work for salmon in lakes and rivers – A unique caddisfly imitation to bring curious fish to the top. 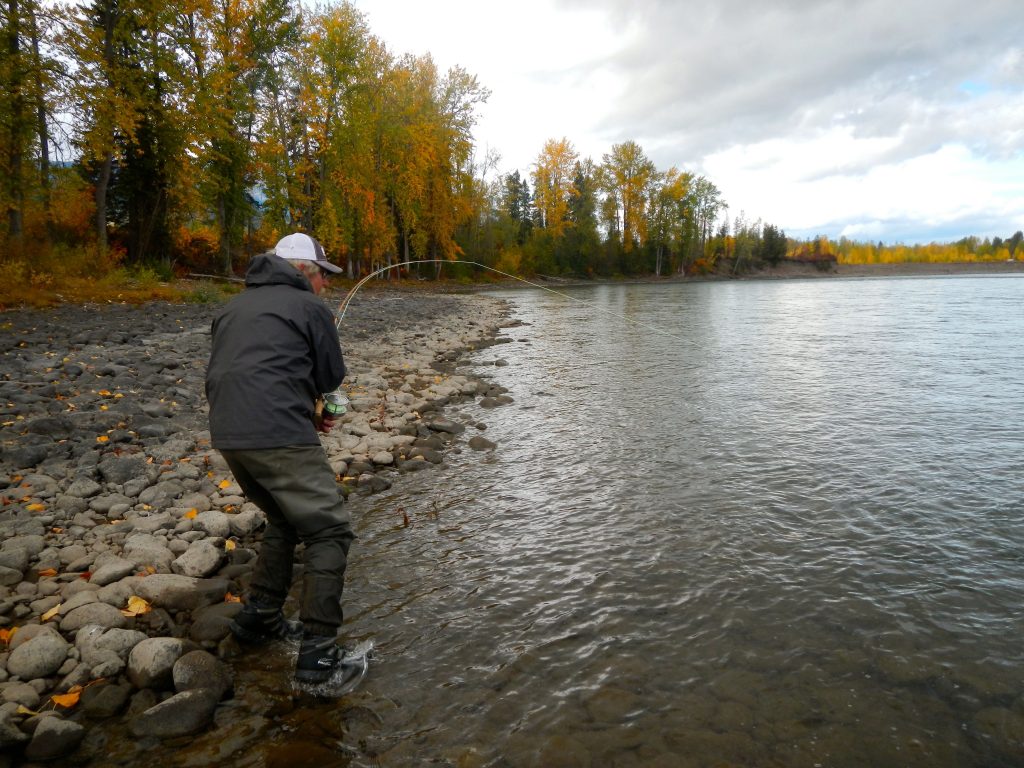 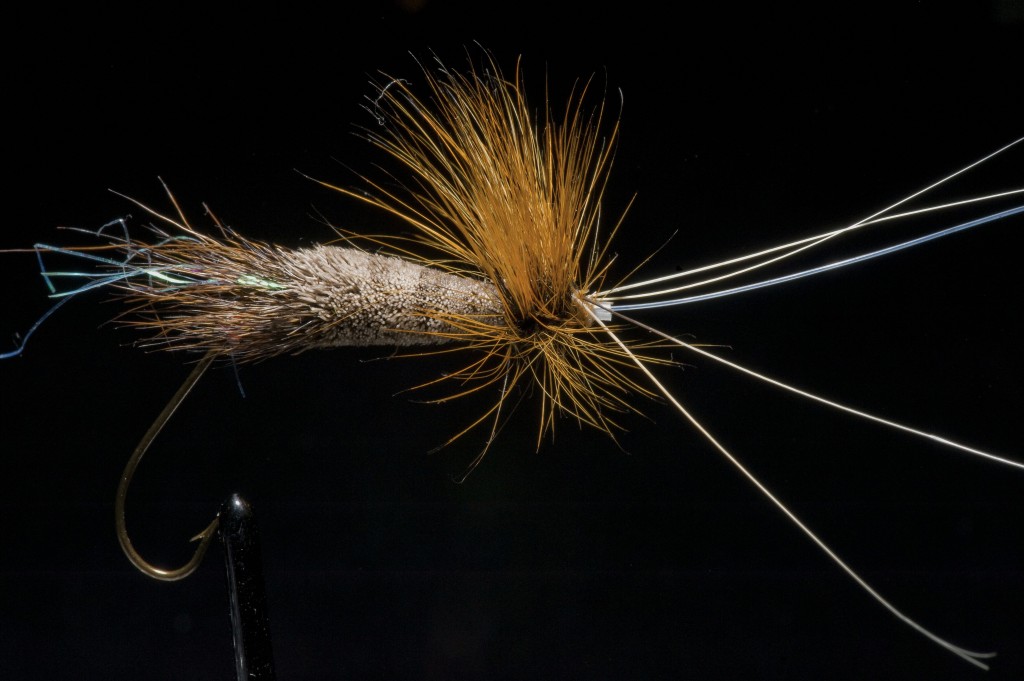 Salmon wake and dry flies on tube give the angler the opportunity to change the hook in more than one way. By using special knots rig’s on the hook you may also change the hooking abilities.

Here is an interesting way of generating a highly exposed hook on the Monster Tube Caddis – send to us by guide and dedicated  angler Mr. Bill Bryden from Newfoundland

Note the steep angle the hook is sitting on this Monster Tube Caddis – That gives a deep hooking in the lower part of the jaw.. 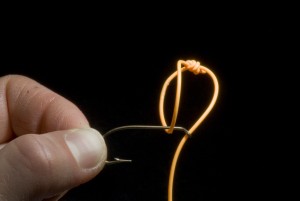 Put line through hook eye from below – Make a single knot on the main line – Make a loop, and turn the end of the leader through the loop twice 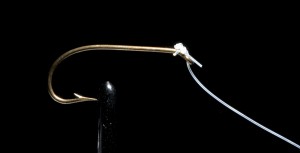 The hook used is a standard down-eye Mustad wet fly hook. The leader is coming out from below the eye. 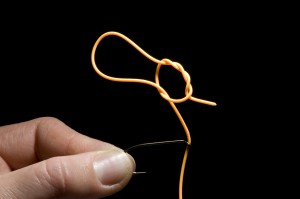 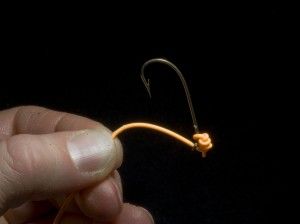 Tighten up and cut away excess line

Join our Newsletter
Back To Top
×