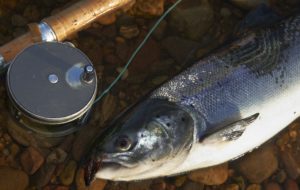 Note the teeth marks on the back of the fish. Dolphins teeth made these parallel marks – Out in the estuary flocks of Bottlenose dolphins was also enjoying the fruits of autumn 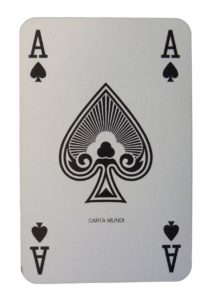 Heavy tube flies is quite an outstanding thing in the fly box, and I believe that many North American anglers reading this will be shaking their heads in disbelief at these jig like contraptions.

The heavy salmon tube fly is not a new Scandi fancy – They have been with the European angler sins the birth of tube flies.

One could say the heavy tube fly is another ace in your hand.

In 1932 UK angler and author of many fine books; Mr. Alexander Wanless, in his book The Angler And The Thread Line shows the world what might be the first tube flies. Some of the flies was made on lead barrels shaped to perfection, others was designed to take the weights in the front of the fly 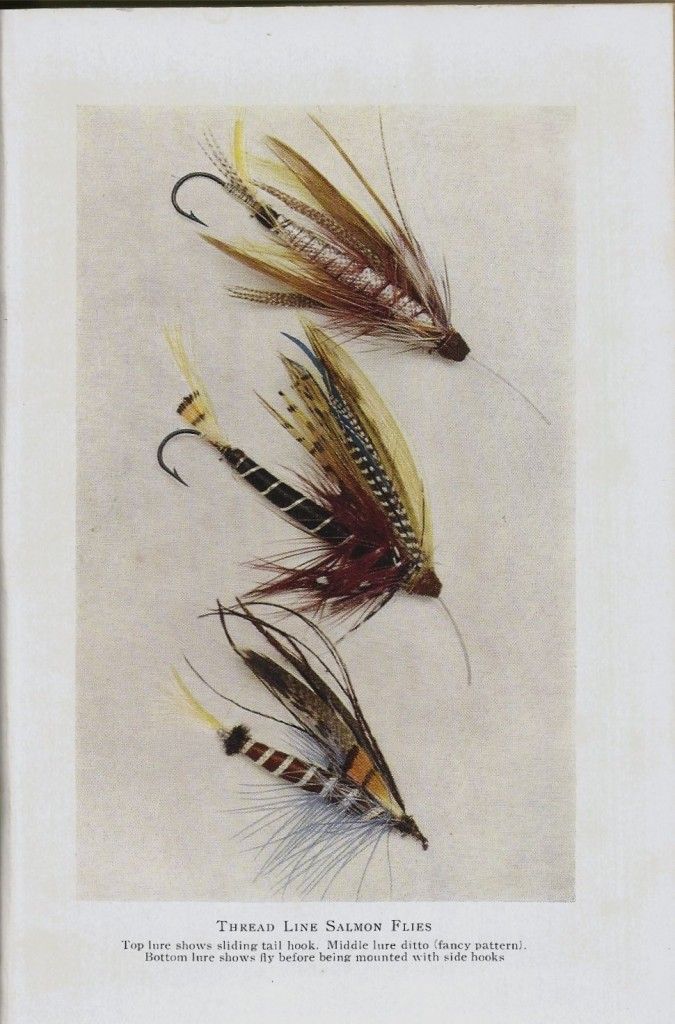 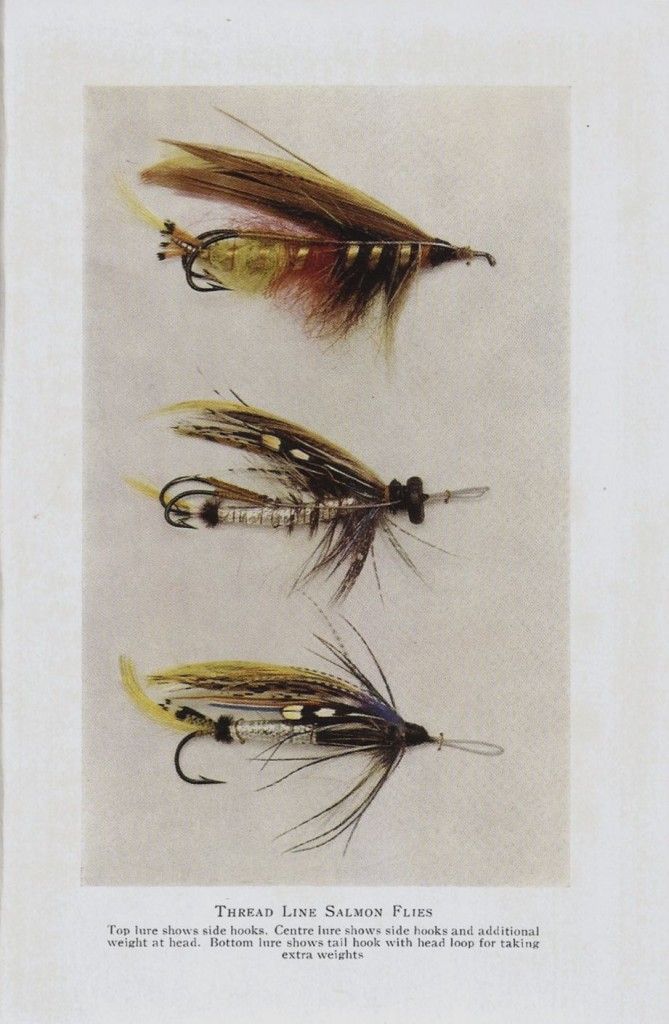 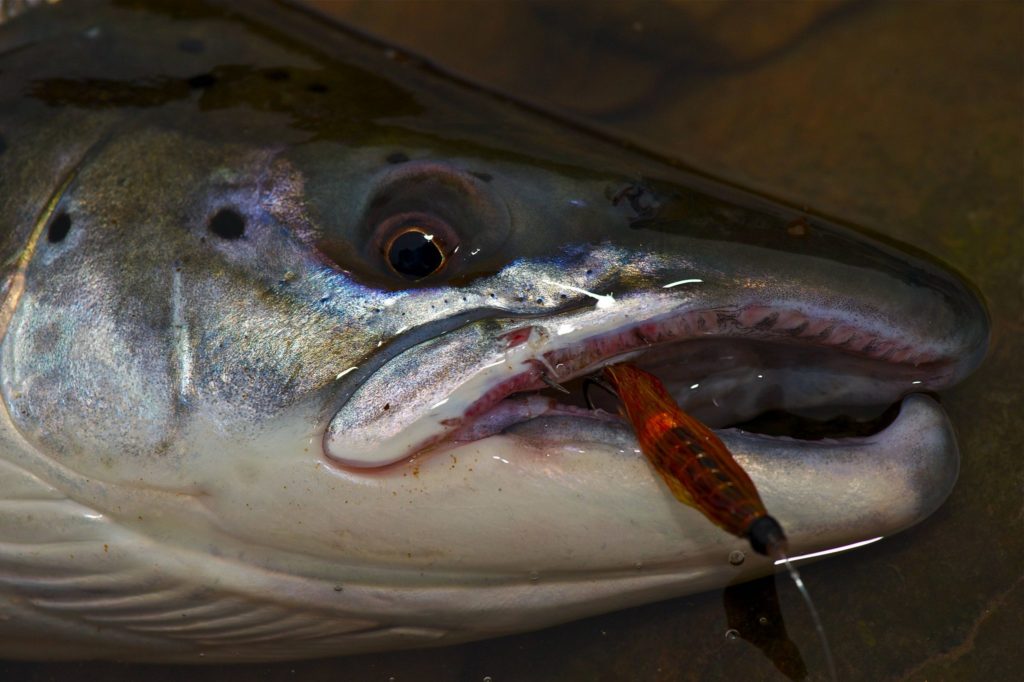 Above: the Garry on a copper tube. The Garry is a superior salmon tube fly.

A pattern also for clear rivers especially two days after a flood – when the river still has that yellow tint. The Garry fly was designed by a James Wright from Kelson-On-Tweed in the late 1930´s 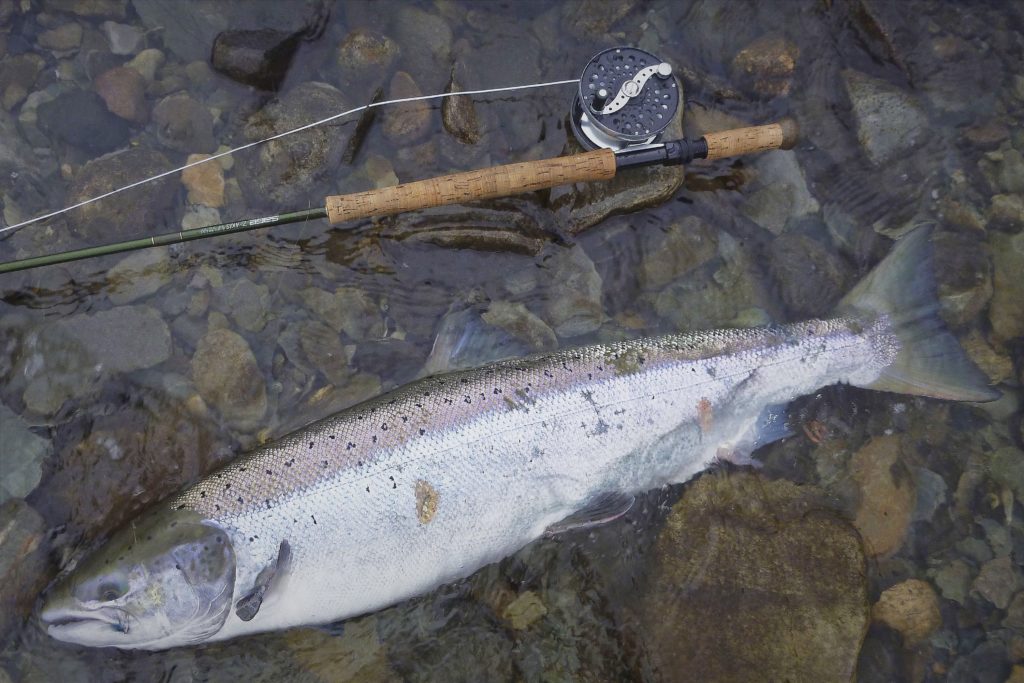 When to tie on a heavy salmon tube fly ?

When we want to get down in the water column as quickly as possible we tie on a heavy salmon tube fly – Many anglers will also combine sinking lines with heavy tubes.

When we have use for the heavy tube fly the temperature is often dipping below 5 degrees Celsius (41 degrees Fahrenheit) – and a well presented fly is a slow fly.

Salmon anglers could also turn to the heavy salmon tube fly in the transition period between bottom fishing and surface fishing: 8 – 3 degree Celsius (46 – 37 degrees Fahrenheit) when summer becomes autumn in the north – or when spring still is cold..as ice 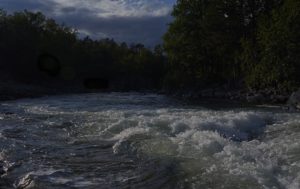 Speed of the current a factor

The speed of the current could also have you change to a heavy salmon tube fly – to get down those extra inches to a different speed of water than that of the surface – It could also be the spot on the other bank that needs a presentation 10 inches bellow as soon as the fly hits the water.. 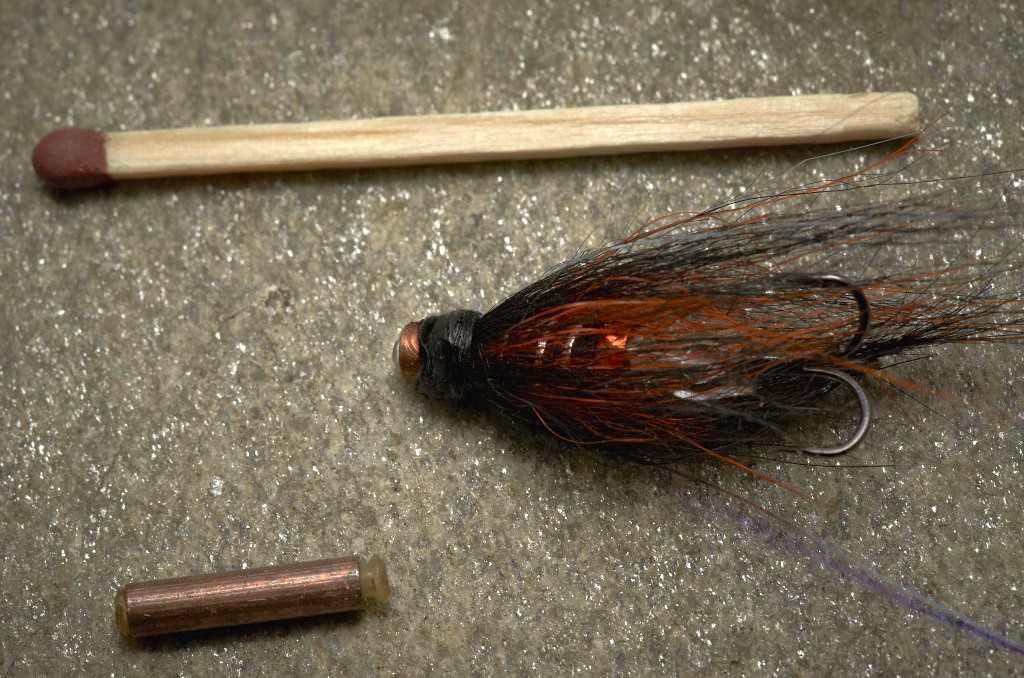 Together with super known flies Like: the Garry and Willie Gunn the Black & Orange copper tube – would be valuable to  any angler fishing peaty rivers in Scotland – A simple and very productive salmon tube fly for early and late fishing… 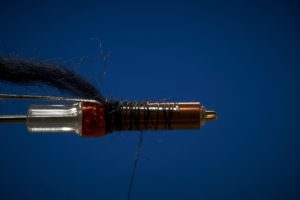 Tie down the hook-guard. Make a tag on top of the tie down. Here I have used Holographic Orange tinsel. Tie in silver rib – And a strand of black wool 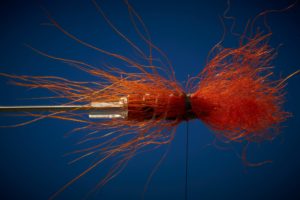 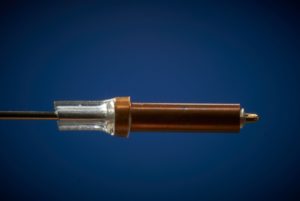 Left I use a normal sowing needle to tie the tubes on – and a piece of our 2,6 millimetre top grade hook guard tubing – Buy needle and tubing in our E shop 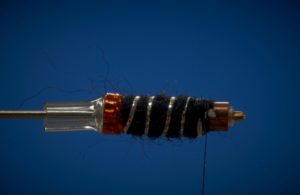 Tie body and rib and your ready for next step. Be sure to tighten things down…This fly is going to accumulate some energy when you start casting 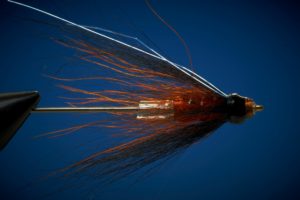 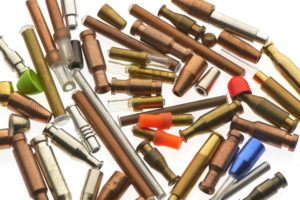 To this day weighted tubes have stayed with the salmon tube fly design, and can be seen in many modern variations with much different abilities.