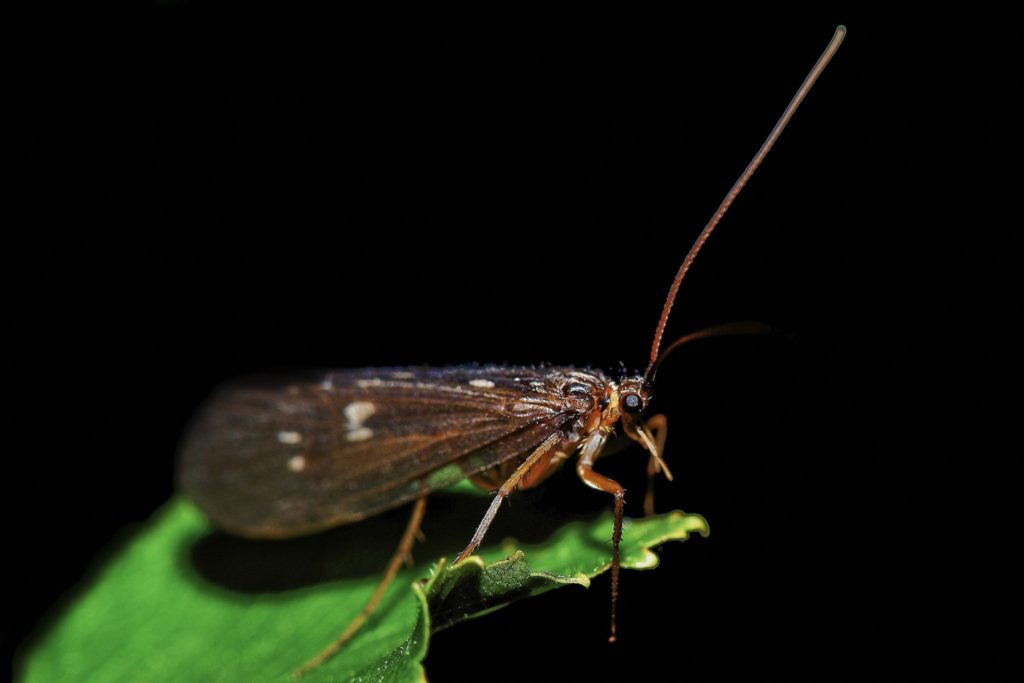 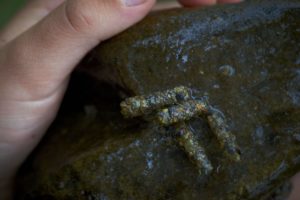 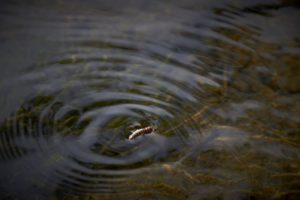 The caddisfly larva now called: Pupa of caddisfly has left the building – moving fast to get to the safer ground on land – where it can begin its final fantastic transformation into an adult insect 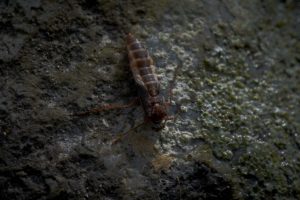 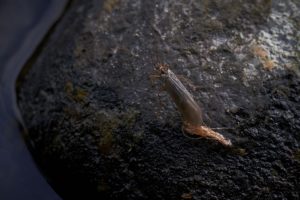 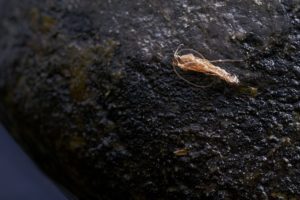 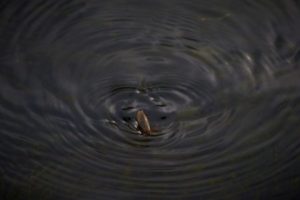 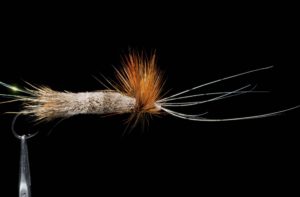