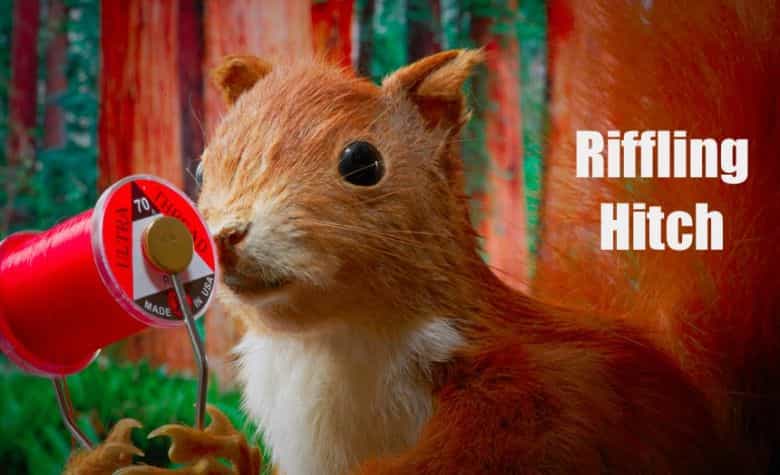 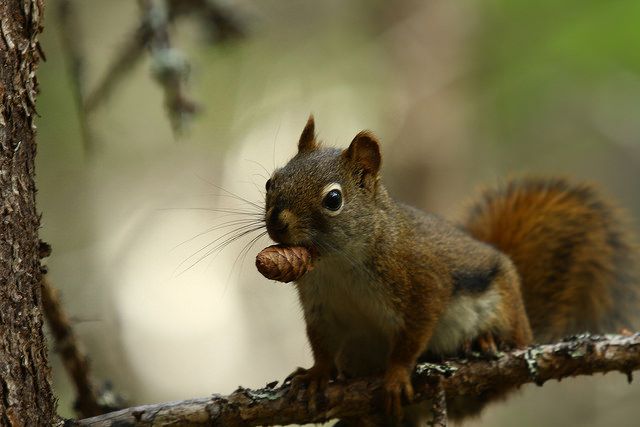 The squirrel`s a large family of rodents divided into five subfamilies, with about 58 genera and some 285 species some like the Eastern Grey Squirrel and the Pine squirrel have long been known as top fly tying material, and hair from these animals is found in 1000´s of known fly patterns across the world. The Eastern Grey Squirrel is an absolute favourite material in our fly tying shop… and we buy selected squirrel tails from these animals in the UK (*) by the doz.

*  The Eastern Grey Squirrel was introduced to Britain, many years ago where it has spread across the country and has largely displaced the native Red squirrel  Wherefore it is considered a pest animal by most Brittain’s. 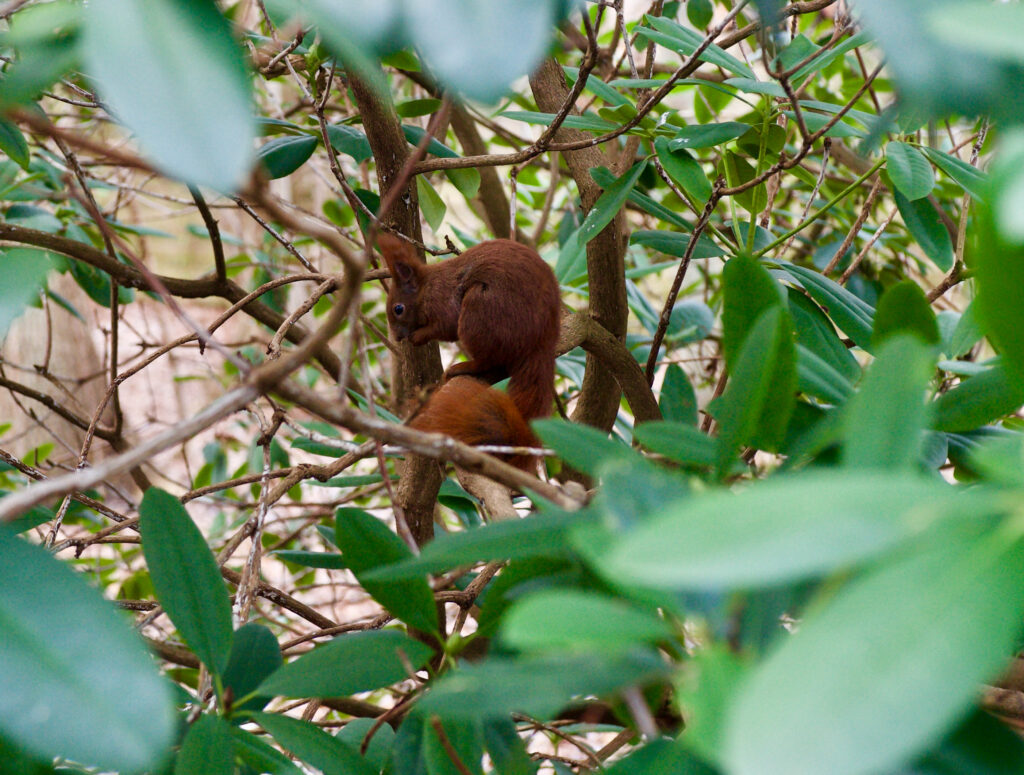 A squirrel in Western Europa could very well look like this guy …very bright red in its colouration – Here one from my garden in Denmark where this colour of the squirrel is the dominant genetic line of the Sciurus vulgaris (Eurasian red squirrel) – once black squirrels were the dominant genetic version in Denmark …now it is rare to see all black squirrels in my part of Scandinavia. 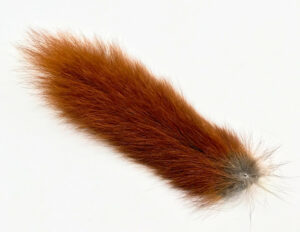 How to conserve a fresh squirrel tail

The tail from an unfortunate red squirrel (Scientific Name: Sciurus vulgaris) I found at the road side. Always keep a set of pliers in your car so you can collect a squirrel tail when the opportunity rise.

This process is best done during winter months when there are now insects around.

Now your squirrel tail is ready to be part of your fly tying material. 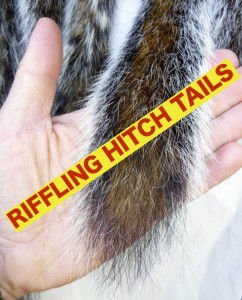 We have been scouting for a supplier of silver tip tails that we could trust to harvest the tails when the hairs had the right texture..

Richard – Who is a salmon and trout angler – promised to help us with our very special project.

Setting traps for squirrels is part of Richards daytime job – and doing so in the right time of year we have managed to secure a small stock of these first-rate Riffling Hitch tails.

Buy tails from us 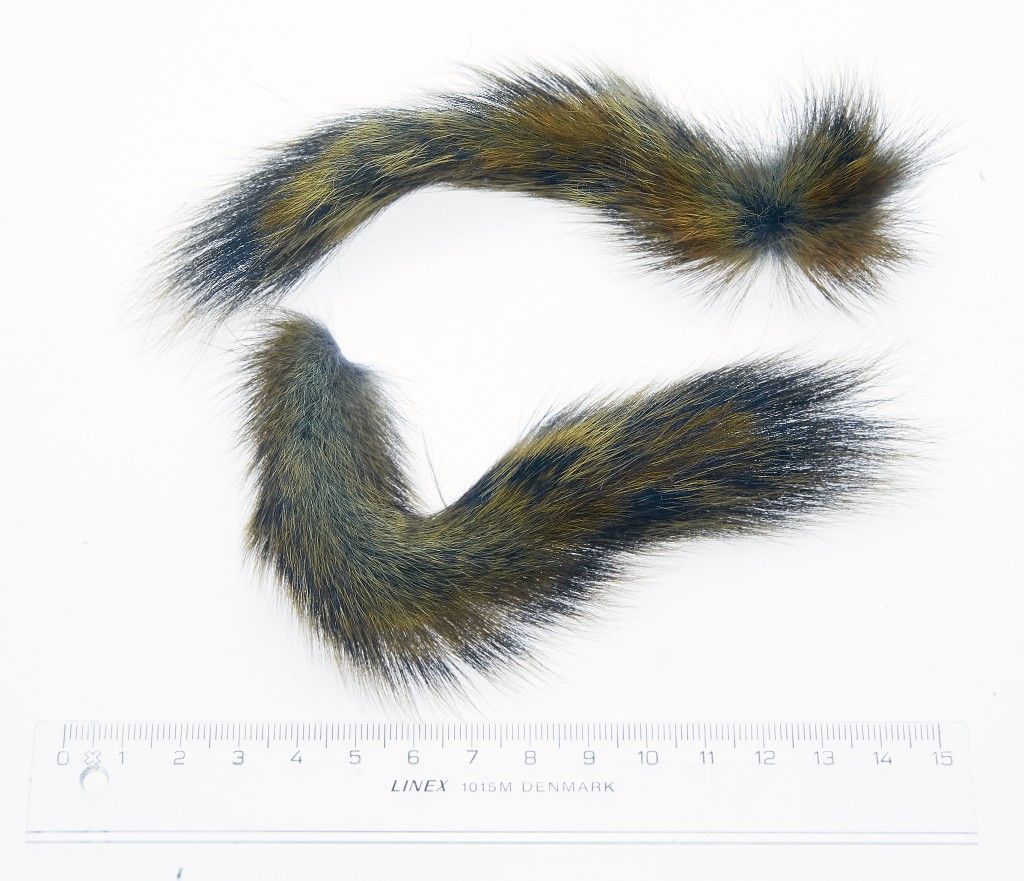 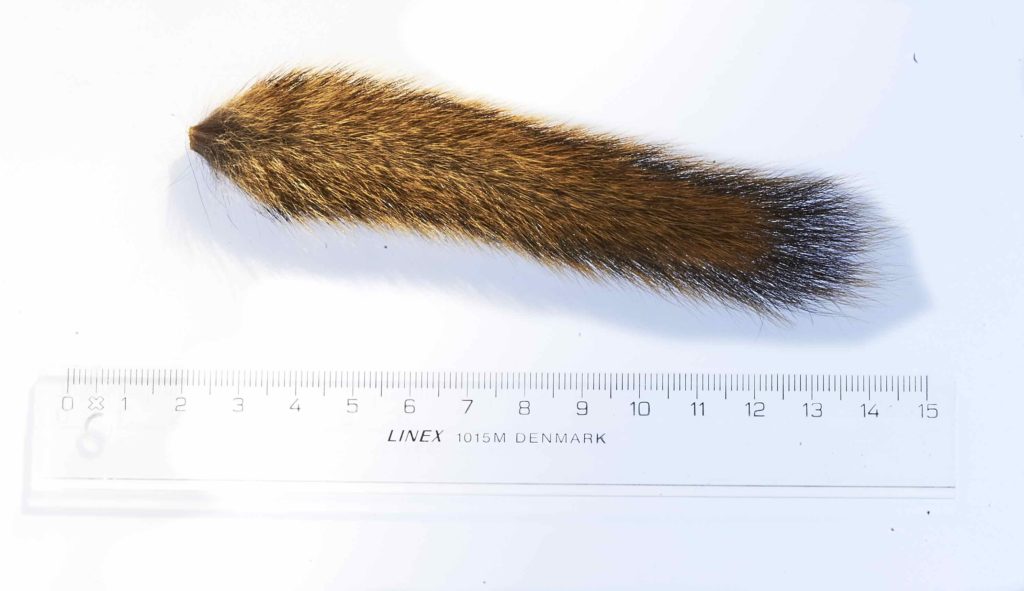 An absolutely small squirrel tail – and very hard to find – Some of the finest fly tying material we ever have seen. 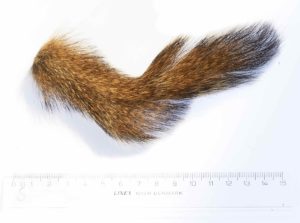 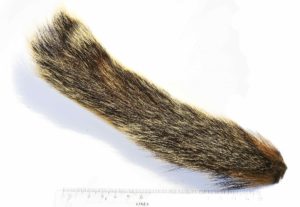 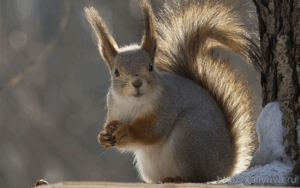 Eurasian red squirrel as they formally are known as (Scientific Name: Sciurus vulgaris) is a squirrel species widespread across Northern Europa  and the vast forest land of Russia where some squirrels are caught in traps and their pelt is used for various garments – Truly great material. Super quality and perfect for miniature patterns like riffling hitch flies and any other fly pattern designed to lure trout, salmon and char. The Eurasian red squirrel is found in colour variations ranging from jet-black to almost ginger red Buy it from us 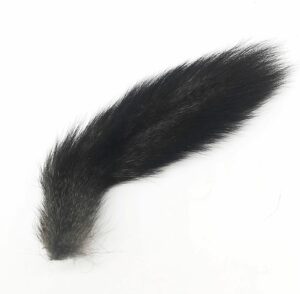 Here in a black coloured version 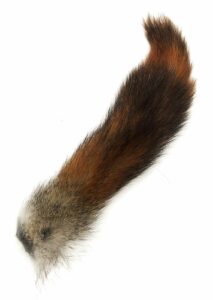 Here in a browner coloured version

See much more on riffling Hitch 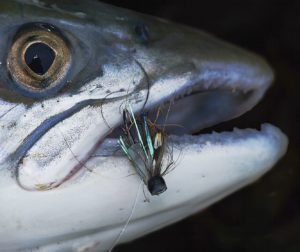 Top-water fishing is his sport and as an outdoor writer he has been writing articles on this subject in magazines and books in Europa and North America sins the early 80´s.

You have to lose salmon and steelhead on small flies

The really small stuff Why such small tube flies? Small flies are just an important…

The Turl Knot – the perfect steering knot for your salmon fly

The missing link salmon Bugs made for dry and wet